“Quantum Orange hasn’t just helped us and the business,” Renee says. “It has also helped our children. We’ve overcome some huge hurdles as a family, but the thing I value most is that our work with Quantum Orange has allowed us to demonstrate fantastic lessons for our kids. They’ve watched us go into areas where we may not have succeeded before and try anyway. We’re creating an environment where they see it’s okay to fall down and get back up to try again, that you don’t always have to be the absolute best at everything to succeed in life. 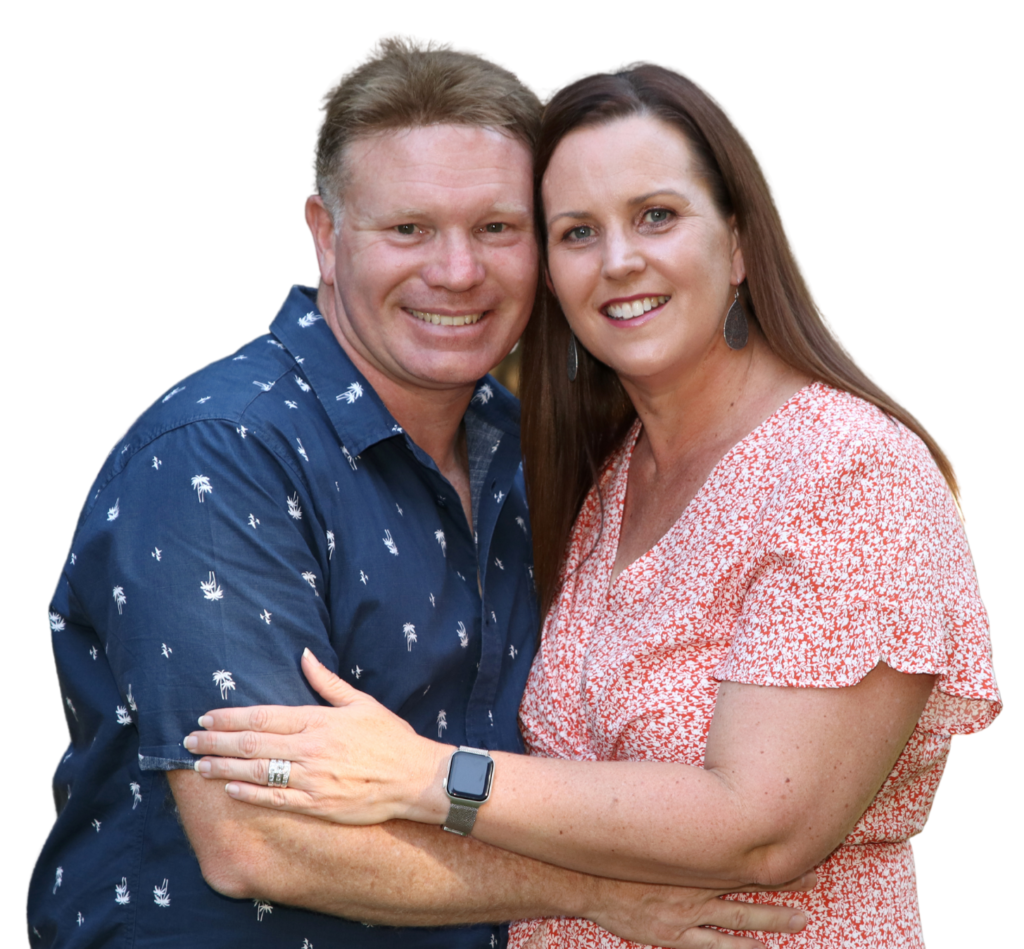 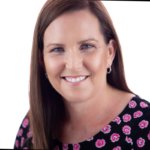 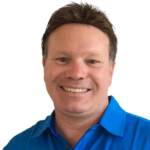 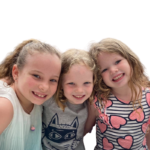 Imagine you’d started a brand new business with no experience and recently given birth to your third child…in the same year you’d lost two parents, a close friend and the family dog.

That’s what happened to Renee Curran.

When she first discovered Quantum Orange, Renee was strung out. Her newborn wasn’t eating or sleeping properly, her oldest daughter had stopped speaking entirely following the death of two grandparents, she was dealing with her own grief - and also trying to move a start-up business forward with zero experience.

“To say I was stressed would be an understatement!” Renee says.

Renee has six employees working for her in a profitable, rapidly growing business that has doubled its turnover each year for the last five years. She and her husband Pete are incredibly happy and their children are going from strength to strength.

“We knew we had a great idea, but Pete & I had no experience in business, so we were looking for a business coach to help us drive our startup forward in the right direction and then keep growing,” Renee says of the search that led them to Quantum Orange.

She’s honest about the fact their journey has been just as much personal as it has professional. “If we didn’t have our personal mindset right, we would never have been successful in the business,” Renee says.

“The greatest advantage our work with Quantum Orange has given us has been the ability to grow through every high and every low, learning at each stage. That has enabled us to continue expanding on what we’ve been doing well while we take lessons from what we haven’t, which has resulted in enormous success in both our personal lives and the business.”

When they started the business, it was just Renee & Pete. Five years down the track, they have a team of six and have doubled their turnover every single year.

“We would not have been able to do that with Quantum Orange”, Renee shares. “Paul & Mary have taught us how to put ourselves first, then put energy into our marriage and family life, so that when we turn up to the business we are the best possible version of ourselves. It’s not just about the business - it’s the whole circle, making sure all areas of our lives are working together in a way that feels harmonious rather than stressful.” 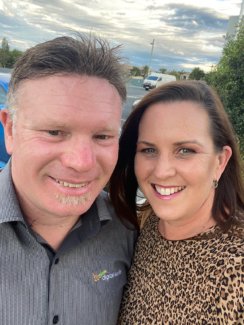 Given what life dealt them, that approach has not been without its challenges.

After four major losses in a single year, their five-year-old daughter Chelsea stopped speaking. A year later, the loss of another grandparent triggered those emotions all over again. The issues created by that trauma were numerous and complex, particularly since she’s too young to understand a lot of it. Renee says, “The work we’d been doing with Paul & Mary was crucial in not just understanding what Chelsea was going through, but figuring out how to help her with it. Through our learning, we’ve been able to create a stable platform for her and communicate with her much better.” Though she still has some separation anxiety, Chelsea is speaking again and her wellbeing has improved immensely. Her two younger siblings are also doing really well.

“Quantum Orange hasn’t just helped us and the business,” Renee says. “It has also helped our children. We’ve overcome some huge hurdles as a family, but the thing I value most is that our work with Quantum Orange has allowed us to demonstrate fantastic lessons for our kids. They’ve watched us go into areas where we may not have succeeded before and try anyway. We’re creating an environment where they see it’s okay to fall down and get back up to try again, that you don’t always have to be the absolute best at everything to succeed in life.

So our work with the company has been extremely important to both our business and our family - we’ve discovered you can’t have success in one without the other. If my personal life is a shambles, I can’t come to work with the mindset I need to grow my business and do the best things for it. And when I’m operating at my best at work, when I get home I can really be present because I know I have things sorted at work.”

Pete & Renee found their first year with Quantum Orange so impactful in both their home life and the business that they’ve remained dedicated clients ever since. They’ve had such incredible growth in that time, they can’t imagine not continuing to evolve their mindset and growth strategies without guidance from Quantum Orange.

Just as things were getting good for the Curran family, the coronavirus pandemic hit and they lost 50% of their clients in one week.

“That was a rough week, I won’t lie,” says Renee, “…but thanks to our work with Quantum Orange I had the support, skills and recovery speed necessary to pivot and look for the next path, which is a monumental shift for me.”

Within a week Renee & Pete had found a new avenue in which to grow the business. That new revenue stream is passive, brings in a whole new type of customer and has already built back 40% of what they lost.

“That loss could easily have killed the business, but we were able to get real support from our business coaches in a time of need and we saw that we could either let the business go or see what new opportunities were out there - a simple but powerful mindset shift,” Renee says.

That’s just one example of the way Renee & Pete put the Quantum Orange tools to use on a daily basis. “When I’m really struggling, I have the techniques I need to identify that and deal with it on the spot so I can move on, without needing backup, which I couldn’t do before,” says Renee. In other words, she’s much more capable of high level self-management.

She goes on to share that her biggest learning, the one she finds most satisfying, is that it’s okay to fail. “I grew up in an environment where that wasn’t the case, and I love that my kids are having a totally different experience,” Renee says, “They’re learning that the world isn’t perfect and not everything will go well, but they get to make their own choices and learn from them, which I truly believe is building them into resilient people. If I hadn’t done the work with Quantum Orange, I would have overprotected my kids and only allowed them to experience things that I knew would go well, so that’s a massive shift for us all.”

Ultimately, the lifestyle they have as a result of running a successful business is what makes it all worth it for Renee & Pete.

“We never miss a soccer game or a concert, if one of the kids is sick we can take a day off without major repercussions, and we get to block out holidays and family time at the start of every year. That’s exactly what we wanted when we went into business and the ongoing mindset development we’ve had working with Quantum Orange has allowed both us and the business to grow to the point where that’s possible.” 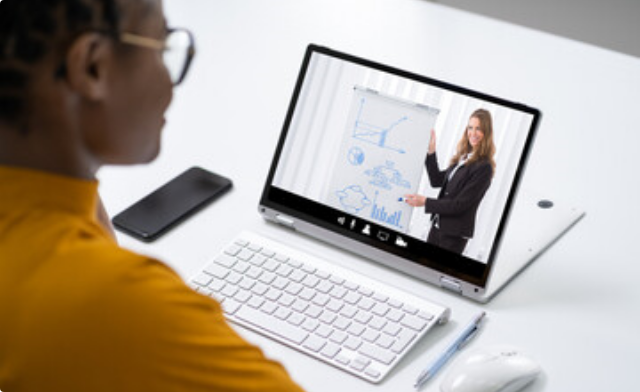 “If you're thinking about working with these guys you have to do it - it has transformed our lives both personally and professionally. It’s not a walk in the park, nothing in life is that simple, but if you apply the proven methods and guidance of the Quantum Orange team, you will definitely succeed. I 100% recommend these guys.” 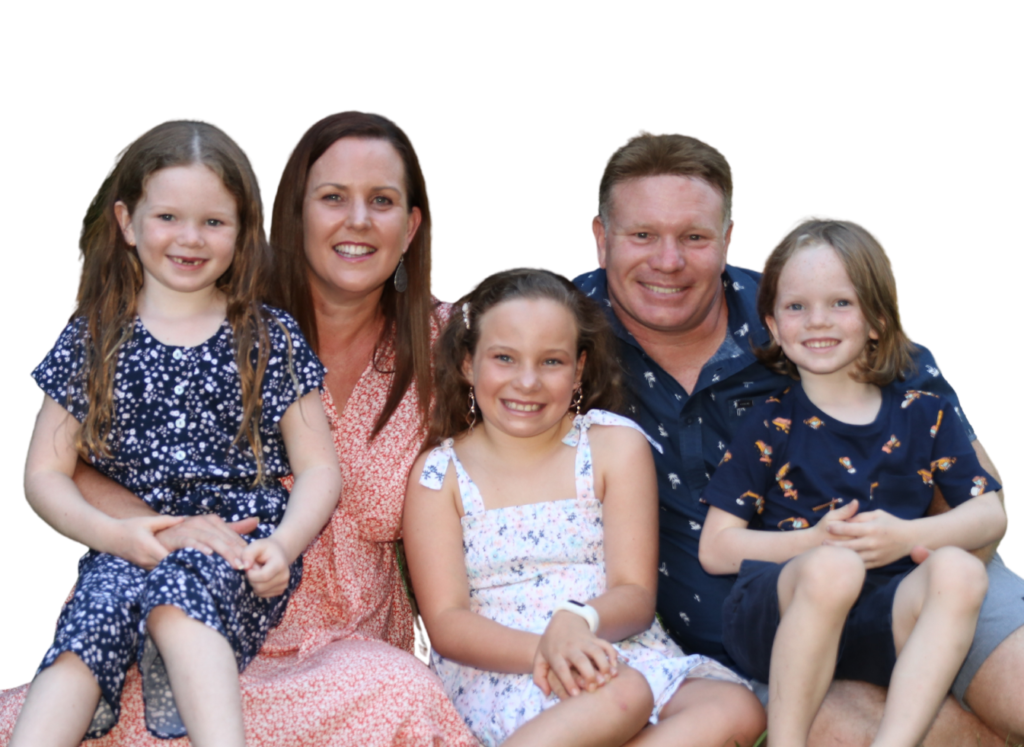