Discover seven easy steps to making a quantum leap with your self-esteem that delivers confidence, clarity and authenticity.

4 in 5 women report low self-esteem
Of those, 89% opt out of important activities, such as engaging with
friends and family and participating in activities outside of the house,
when they don't feel good about the way they look.

Low self-esteem has a pervasive negative impact on physical, mental and emotional health. It creates a nasty cycle and has been scientifically linked to everything from relationship problems and a lack of self-care right through to substance abuse and self-harm.

Over three-quarters of the world’s population has been directly or indirectly affected by poor self-image.

Self-esteem is a mosaic of ideas and value judgements we hold about ourselves. It is how we view our own personality, capabilities, skills, body, mind and personal potential. While most of us agree that it’s important to have a good self-image, very few people seem to know how to acquire one – or even how they got the self-image they have now.

The first thing to understand about our self-image is that it is not real, even though it feels like it is. The second is that how we think about ourselves directly affects how we feel about ourselves and therefore how we respond to life and its challenges.

Therefore, it is critically important we develop the skills needed to maintain healthy self-esteem.

With that in mind, we’ve detailed below a seven-step process for improving your self-image. It comes from Paul Blackburn, world leader in the personal growth and mindset field, and stems from decades worth of coaching, instructing and courses on reaching your true potential.

Implement this process and you’ll give your self-image a boost that delivers solid belief in your own value and confidence in your abilities so you can get on with living up to your potential.

Ask yourself, “What is my self-image inheritance?” Write as much as you can about your role models – parents, teachers, friends, neighbours and anyone else who influenced you. The story is not important, just how it made you feel.

For example, the suburb you were raised in. It doesn’t matter where it was, just how it felt. You could ask yourself the questions below.

STEP 2: CRITICAL CHOICES YOU MADE ALONG THE WAY

What choices have you made that influenced your self-image?

Once again, write as much as you can, and don’t worry about the story – just focus on the result. Take the time to explore this fully.

Examine the people who have influenced your perception of yourself.

Write your thoughts. This section may be full of regret, fear, hurt, sorrow, loss and grief. This is not wrong. Take your time and be gentle with yourself.

7 in 10 girls
believe they are not good enough or don't measure up in some way.

STEP 4: HOW DO I MANAGE DISCOMFORT?

Ask yourself what you do to lessen uncomfortable or painful emotions.

For example, to prevent discomfort when being praised for her ‘accidental’ success in maths, Jane makes statements that take her out of the limelight as quickly as possible - ‘I was just lucky this time’ or ‘I had help’.

Write them down. They are keeping you stuck because they manage the pain instead of healing it.

Heal the pain and you will be able to move forward.

STEP 5: WHAT WOULD BE BETTER?

Ask yourself the following questions:

Most people know what to do, and if they don’t they can generally learn. This is knowledge – useful, but at the end of the day, just ideas. Doing what we know is in our best interest converts knowledge into wisdom. Ultimately, to know and not to do, is not to know.

We call this the difference between head and heart. We can talk about the benefits of exercise until we are blue in the face, and still never go to the gym. If we truly know in our heart that exercise is what we need, nothing will stop us from getting there.

Ask yourself this: if I am embarking on this journey of self-discovery and liberation, what do I need to do and by when?

Write the answer down and commit to achieving this goal. If you think you will find it difficult, tell a friend about what you are doing and have them hold you to your word.

38% of teenage boys report using protein supplements,
and 6% admitted to steroid use to improve their physique.

The single most important factor in improving self-image is becoming a person of your word. The fastest way to elevate your self-esteem is to make a promise to yourself and keep it.

If you have to make the promises small to begin with, that’s fine. It is much better to keep small promises consistently than to go for something bigger and break your promise. In fact, starting small can help you gain momentum and move on to bigger targets.

You cannot respect yourself if you do not keep your own word.

Stick to your guns.

COULD BUILDING SELF-ESTEEM BE ANY EASIER?

“Wow! I’ve never taken the time to look at my patterns with discomfort - what an eye opener that was. Now that I’m aware of my bad habits, I’ve been using these steps to make positive changes.  I've had a huge shift, thanks for the great info Quantum Orange!” 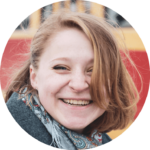 “I’ve had bad self-esteem my entire life. I knew it could be better but had no idea what to do to improve it. I’ve applied the steps in this article and found them both practical and positive.” 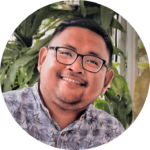 “I didn’t realise that I’ve spent decades eroding my self-esteem by breaking small promises, both to myself and others. Since reading this article I’ve been working on just that one thing and it has made a profound difference to the way I feel about myself.” 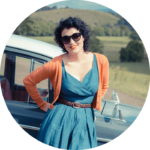 During this FREE masterclass, you’ll learn exactly what it takes to ditch the doubt and build rock-solid confidence in yourself that delivers for years to come.

A simple framework for letting go of self-doubt so it can’t hold you back from happiness and success.

How to build a rock solid foundation of self-confidence from which you can draw strength, motivation and happiness.

What you need to do to banish the nasty little voice that spins unsettling, unhelpful and untrue stories in your ear.

The eight keys to keeping doubt at bay and building a foundation of confidence in yourself that will deliver for years to come.

How to develop a positive relationship with failure - which is not only crucial for success, but also a little known path to personal mastery.

"I’m really happy with the progress I’ve made since I began using these strategies. I’ve let go of some unhealthy patterns and established newer habits that serve me much better. Loving Success Lab." 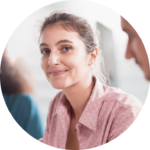 "I was doing fine before I joined the Quantum Orange community but now I’m hitting it out of the park!! I had no idea that some simple tools and techniques coupled with a wonderful support system could have such an extraordinary impact on my life. I’m kicking my goals, making fantastic decisions and taking massive action. I’m really happy - I feel like me, but 110% better!" 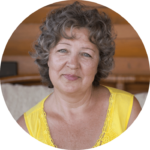